​The Efteling Park is the oldest of the bunch and is where it all began. Today the Efteling Theme Park comprises various thrill rides, eateries, souvenir shops and of course, the prized fairy tale forest where many fairy tales have made their home.

The Efteling Theatre hosts a different musical production every year. Sadly, almost always spoken in Dutch and so not much good for us English! The building also has its own restaurant (Pinokkio's) where you can enjoy a nice meal after the showing.
​
Since the 16th of September 2018 there has been a show running named CARO.
This show relies on visual representation rather than audio and as such can be enjoyed by people of all languages.

Bosrijk is a vacation park in the woods where you can stay in fine lodges or apartments and have Mr Sandman as your neighbour! It has a very nice restaurant.

Het Loonsche Land is another nature themed vacation park where you can stay. It also has a nice restaurant.

Villa Pardoes is a charity that offers children who suffer from serious and often life threatening illnesses, a nice vacation week with their family. 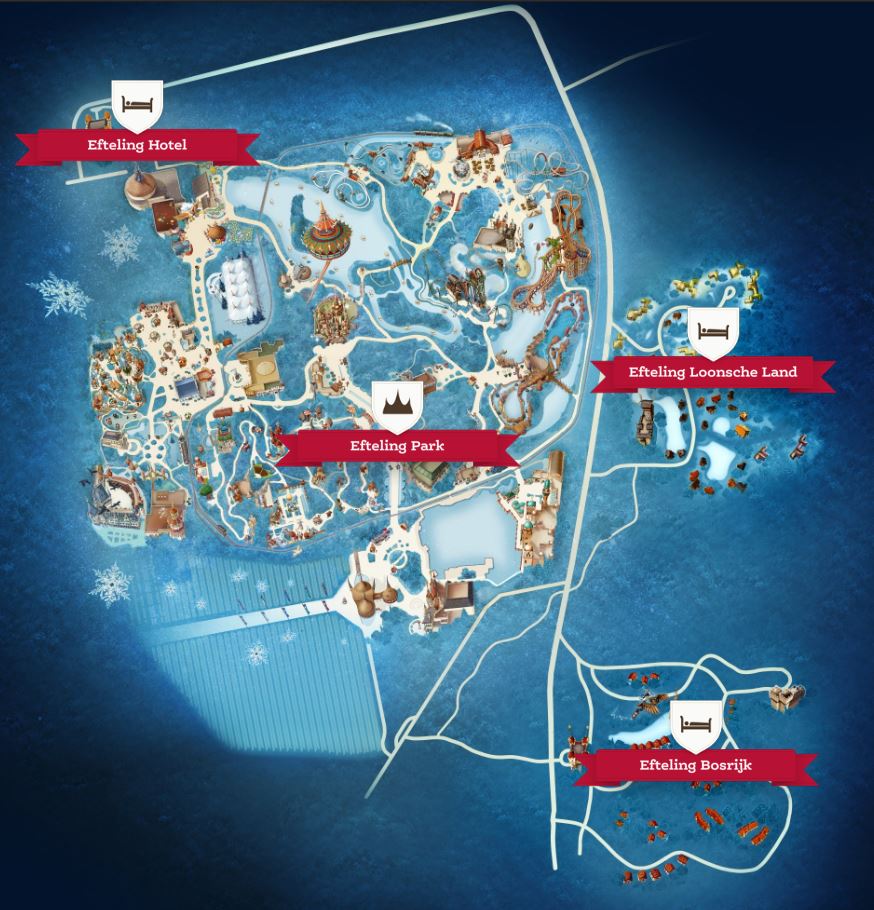