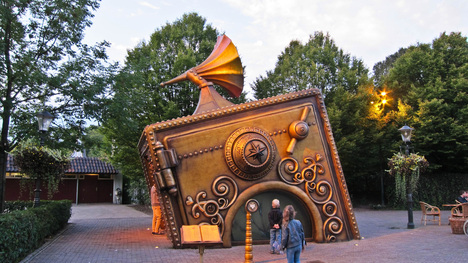 This cash machine  neir the entrance  is shaped like a safe and ofcourse has its own story
Methods of Payment
The following credit cards are accepted at the Main Entrance and at a number of locations in the park: Visa, Euro Card, Maestro, American Express and Dutch bankcards. You can also use pin and chip bank cards at many locations. In addition, there are two cash machines in the park in Fantasierijk and you can top up your Chipknip (Dutch back cards only). An Iris cheque (gift voucher from the Dutch tourist information offices (VVV)) may only be used at the Main Entrance and at the Visitors’ Service Centre.

Faye and the safe


There once was a fairy, a tiny little fairy. Faye lived with her fairy folk in the grand magic forest. Faye was saving up for a new magic wans. Just like all the fairies in her village. Every week when she received her allowance she put it in a safe. In a magnificent golden safe. Every fairy put their money in the safe every week.

But what the fairies didnt know, was that the mean witch in the forest wanted that money to buy a new broomstick. The witch wanted to steal the safe! Because the witch didnt know how to save. She was never taught .

One evening the witch flew to the fairy village on her old broken broom. While all the fairies were sleeping and dreamt of thr moon and the stars, the witch took the golden safe. But the safe was much too heave  for the broom . It snapped in half and the witch tumbled down safe and all. The loud noise woke the fairies!

Oh dear the safe was missing! All thefairies went in search for it. Faye wandered into the forest. She was a bit sad, because if the safe was gone forever she would never be able to buy a new wand.

There Faye spotted the witch and the safe. The witch cried. She told Faye how she wanted a new broomstick so very basdly. Faye wanted to help the witch but did  tell her that she was not allowed to steal. The witch had to learn how to save just like all the other fairies.

Faye helped the witch. Every week they put some money aside in the safe . And give the safe extra protection it was kept in the Efteling, where everyone can see it. The witch, Faye and the fairy folk lived happily ever after. 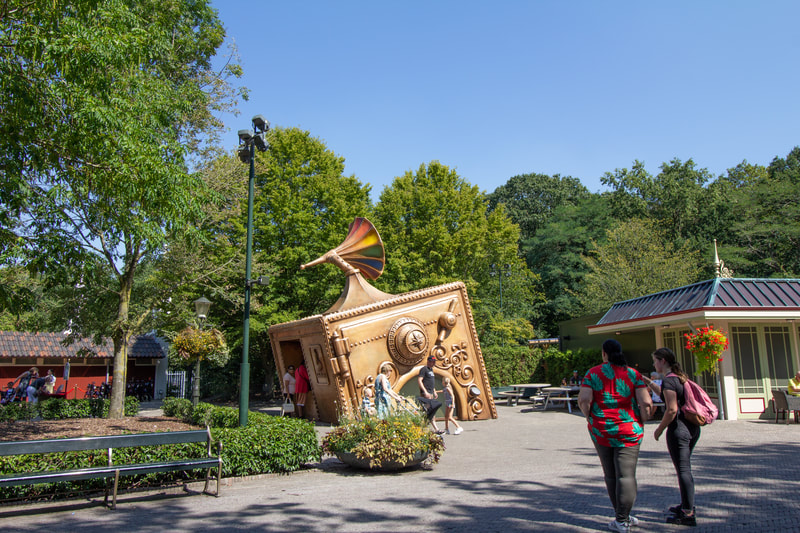 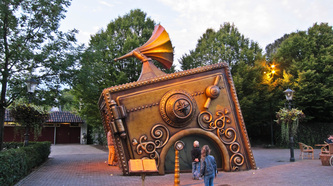 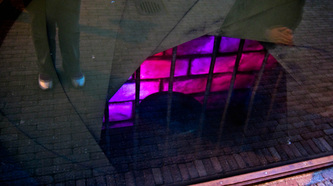 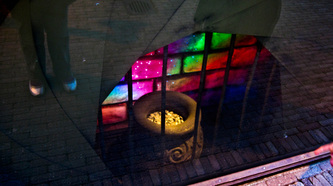 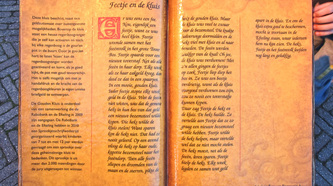 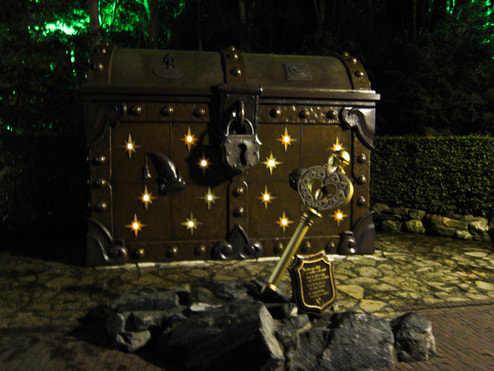 The cash machine on the Pardoes Promenade is shaped like a treasure chest and ofcourse has its own story.

The Secret of Gravitation